simple, fast, effective traffic
JOIN NOW
GET YOUR
FREE BLOG
$9.97 will get you
A Recurring Solo Ad
Commissions paid since launch
over $278,496 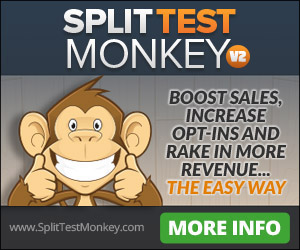 For a lot of marketers, split testing can seem like a bit of a mystery. Maybe that's because so many people believe the myths about split testing. They make it more complex than it really needs to be. And when something seems complex, a lot of people simply decide not to mess with it.

Myth 1: You Don't Need To Test It If Someone Else Already Has

There are a lot of marketers who share their split testing results. You can read how their tweaks and changes affected the conversion rates on sales letters, emails, ad campaigns and more.

So you know what happens?

Some marketers see this data, see that it's coming from a trustworthy source, and then decide they don't need to run a test since someone else has already done the test.

For example, maybe a marketer in your niche just revealed that an orange payment button boosted their conversions by 20%. So a bunch of marketers run out and change their payment buttons to orange buttons too - but they never test it. They just assume it works.

But maybe the orange payment button WON'T work for YOU. For example, maybe orange actually clashes with your site design. Maybe orange looks garish on your site. So if a customer views your payment button as loud and garish and out-of-place, they might just hit the back button rather than hitting the payment button.

Point is, just because it works for someone else doesn't mean it will work for you. The only way to know for sure is to do your own split testing. Sure, you can use other peoples' test results to get ideas of what to test on your site. Just don't assume their results will apply to your audience.

Now here's what a lot of people don't realize: you can get the same end results whether you're doing multivariate testing or split testing.

It requires a LOT of traffic. And if you're not running a big business with a popular, heavily trafficked website, it might take many months for you to get any results.

That's why so many marketers prefer split testing. They can split test one item - such as a headline - and get results really fast (in as little as a week). That means they can start profiting from their test results immediately, rather than waiting months for the results.

The other problem with multivariate testing is that because you need SO much traffic, you may find it difficult to achieve a high level of statistical confidence in your results. High statistical confidence, such as being 95% confident with your results, requires a big sample size. Those who can't get that much traffic might drop their confidence levels - but that increases the chance of interpreting the results in the wrong way.

Still another problem with multivariate testing is that if one of your factors isn't really providing any statistically significant changes to the conversion rate, it makes interpreting the test a little difficult. In those cases, running a standard A/B split test is better, because the results are more clear.

So here's the bottom line…

Split testing does everything a multivariate test can do, if you run a series of tests. The difference is that you can start profiting immediately from your initial test results, rather than waiting months to get enough traffic to conduct a multivariate test. That's why so many smart marketers choose split testing, and why you should too.

Which brings us to the final myth…

This is perhaps the #1 reason why a lot of marketers simply don't bother with split testing: they think it's hard.

And you know what?

If you use the wrong tools, it IS hard.

Maybe you've done some research on the split testing tools, and you ended up walking away feeling unsure. Overwhelmed. Confused.

Before you can even use a lot of the tools that are on the market, it feels like you need a PhD in statistics. You have do all sorts of number crunching before you even begin. You have to figure out how much traffic to get and how many conversions you need.

And before you can pick a winner, you need to be sure it's a statistically relevant result. If you don't know a whole lot about statistics, then it's hard to interpret the results. You end up second guessing yourself a lot.

It's enough to make your head explode. And it sure sucks all the fun out of split testing.

Because when you have the right tools, then you don't need to be a super statistics geek to start profiting from split testing. And here's the tool I'm talking about: Split Test Monkey.

Split Test Monkey (STM) makes testing faster and easier than you ever thought possible. That's because STM does all the heavy lifting and number crunching for you. This clever tool tracks all your conversions and then runs the data to pick a winner. And you can be sure of your result, because Split Test Monkey even lets you choose the confidence level.

So yes, split testing USED to be hard and complicated. But not anymore - not when you use Split Test Monkey to quickly and easily boost your conversion rates.

If you're not split testing yet, you should be. That's because a good split test can deliver a lot of very exciting benefits to you, including:

Just consider how much MORE money you'd make if you doubled your current sales letter conversion rate. Imagining triple it… or even quadrupling it.

All of this is possible once you start split testing. And the good news is that split testing is easier and faster than ever before when you have the right tool. That tool is Split Test Monkey, which is my new favorite go-to tool for increasing my profits.

I think you're really going to like it too. So check it out By Clicking Here now!